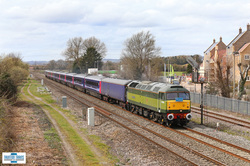 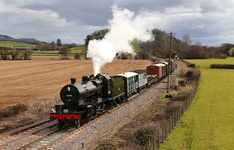 ​The first weekend of the West Somerset Railway 2016 Spring Steam Gala took place on the 5th and 6th March coinciding with the 50th anniversary of the closure of the Somerset and Dorset route. The S&D theme for the gala rejuvenated the memories of the line by using locomotive types which once operated over the route. No less than six visiting locomotives were bought in to boost the variety of traction on offer. The lineup will featured the return of the Somerset and Dorset 7F No.53808 fresh from overhaul which will joined with sister locomotive No.53809. Also visiting the line will be BR Standard 4MT Tank No. 80072 (which operated as 80043), SR West Country No. 34070 'Manston', SR Rebuilt West Country No. 34053 'Sir Keith Park' & British Railways 9F No. 92214 and LMS 4F No.44422 (which is now part of the WSR home fleet). 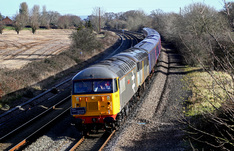 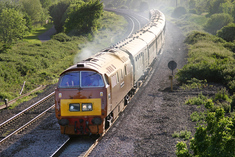 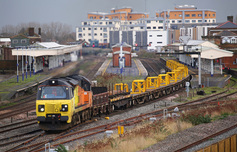 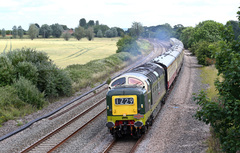 As the last crankshaft makes its final rotation and the final exhaust note falls silent, the curtain falls on the challenging 2015 Mixed Traffic Weekend. The three day gala event saw the DEPG home fleet locos joined by visitors Class 45 No.45060 'Sherwood Forester', Class 56 No.56006, and GBRf repatriated Class 59 No.59003 'Yeoman Highlander'. Each day had its own particular challenges, after the failure of 56006 on Saturday with fuel starvation, caused by clogged filters on Saturday, and then the failure of 45060 on the Sunday, it was left to the WSR home fleet locos and GBRf Class 59 to fill in the gaps. The event seemed well supported helped by three days of good weather, the best day for warmth and good light being the Sunday, which no doubt bought people out to the line