The West Somerset Railway Spring Steam Gala was in full swing over between the 28th - 30th March 2014. The line entertained crowds  with visiting locomotives from Didcot Railway Centre, The Mid Hants Railing and Swanage Railway. The event was Southern Themed 'Withered Arm' Gala. Sadly No.34070 'Manston' from the Swanage Railway failed on Friday 28th and had to be retired from the gala. Visiting BR Mogul No.5322 was a surprise workhorse of the event, sounding superb as it worked hard to haul trains between Minehead and Bishops Lydeard. The loco also carries the 83A 'Newton Abbot' shed plate on the smoke box door. The class were a common sight in the South West on local duties with many out based from Taunton. Weather during the Saturday of the event was somewhat indifferent, however occasional glimpses of sun did break through, although it was still very cold with a large amounts of haze. 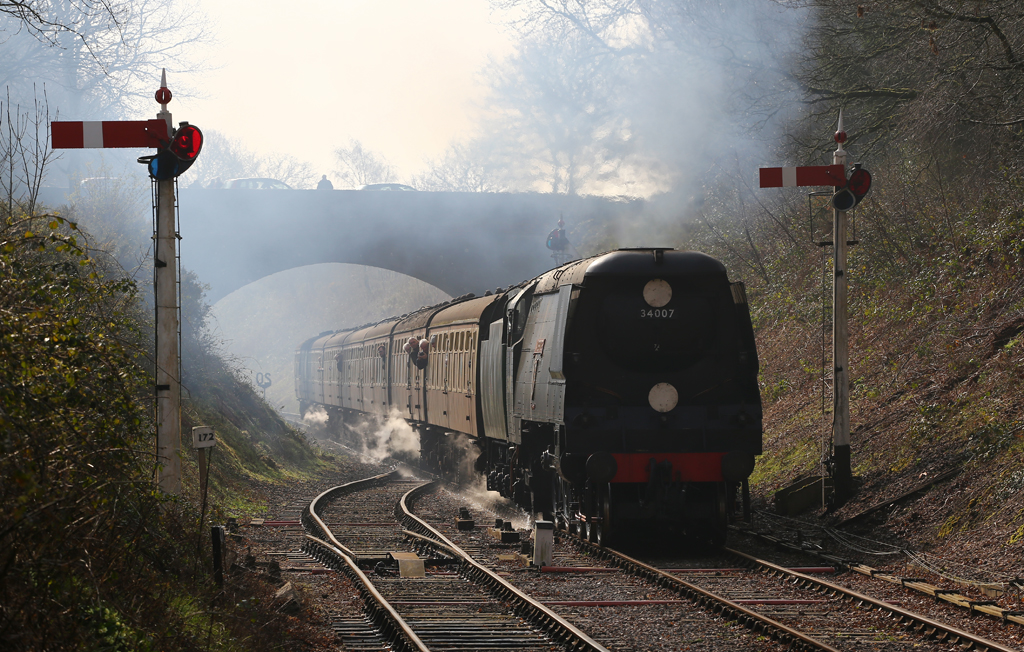 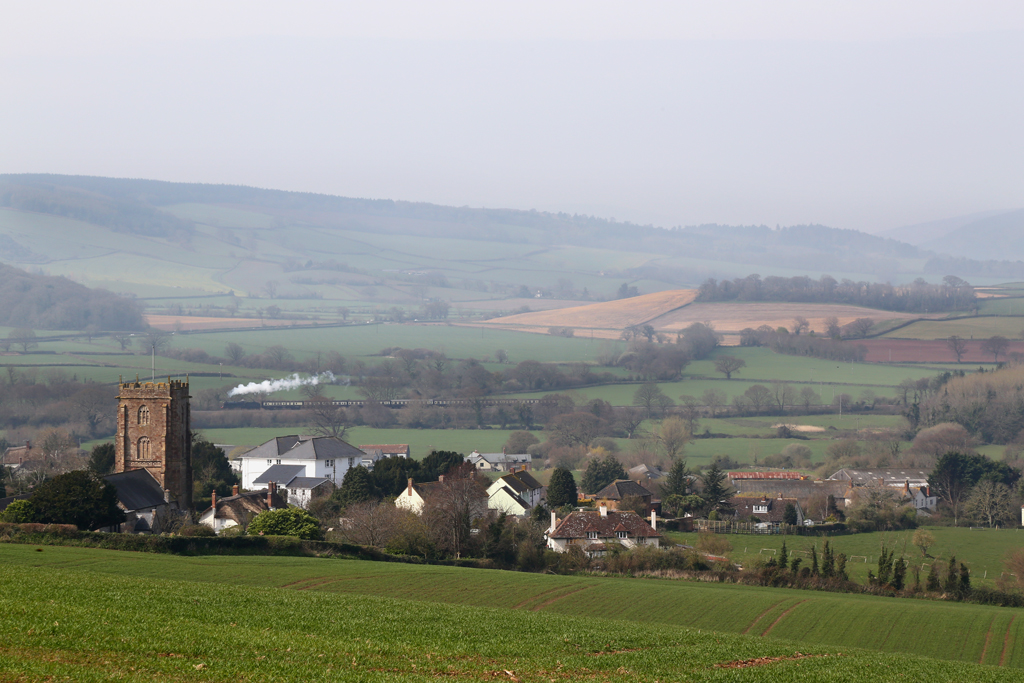 SDRJ 7F No.88 steams up Washford Bank passing Old Cleeve with the 10:45 Minehead to Bishops Lydeard service. No.88 was drafted in to cover the diagrams of No.30070 'Manston' after it failed on the Friday of the gala weekend. 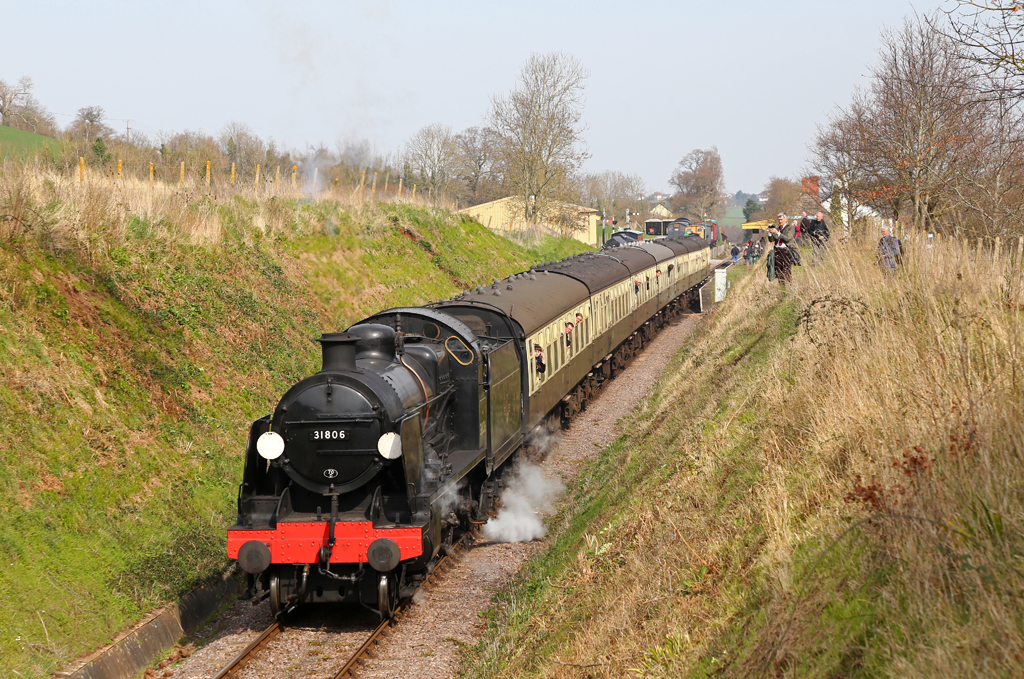 SR 'U' Class No.31806 departs from Washford with the late running 13:03 from Bishops Lydeard to Minehead during a brief glimpse of sun in the afternoon. 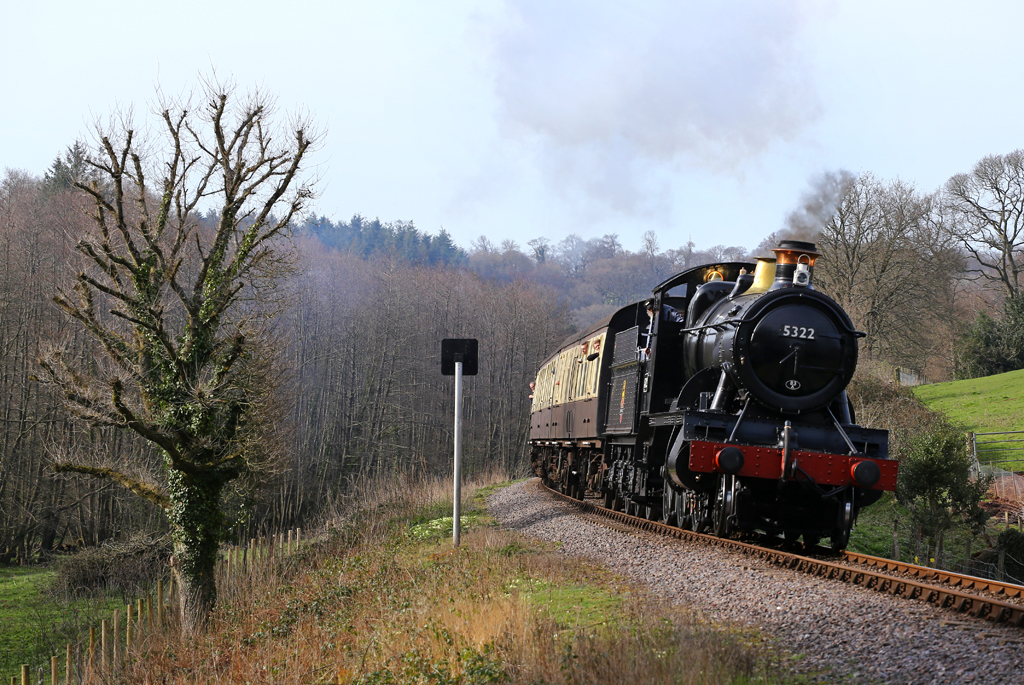 BR Mogul 2-6-0 No.5322 climbs through Leigh Woods at Roebuck Crossing, hauling the 14:35 from Minehead to Bishops Lydeard with driver Alan Dorrington on the footplate, the loco sounded superb working its six coach train through the wooded section of the line. 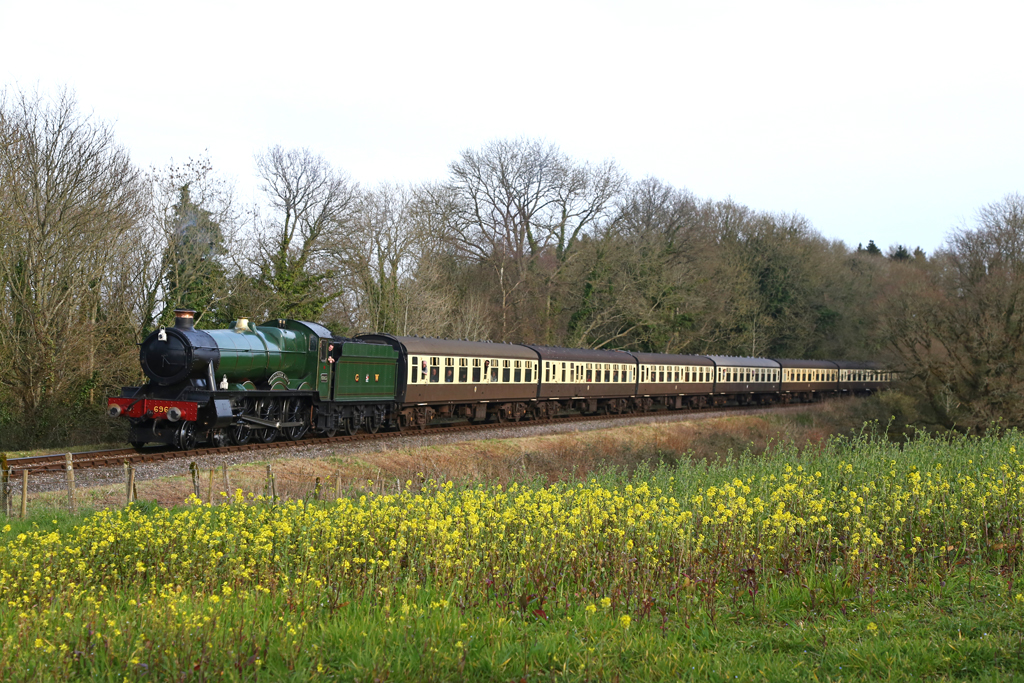 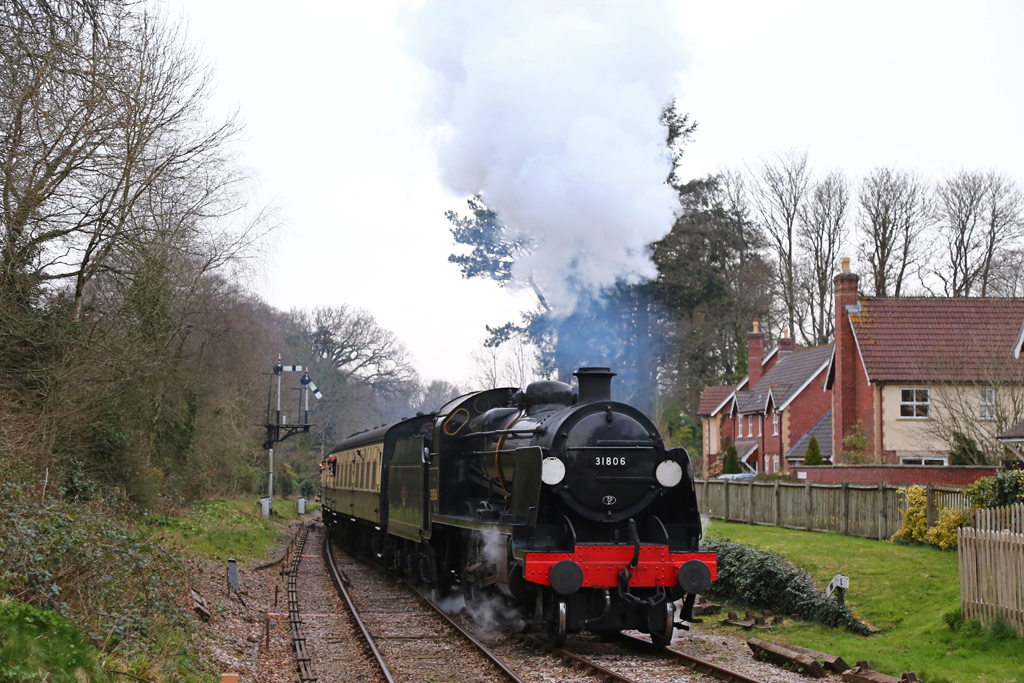 SR 'U' No.31806 arrives into Crowcombe Heathfield Station hauling the penultimate train of the day from Minehead, the 16:45 Minehead - Bishops Lydeard service.

From a Different Viewpoint: 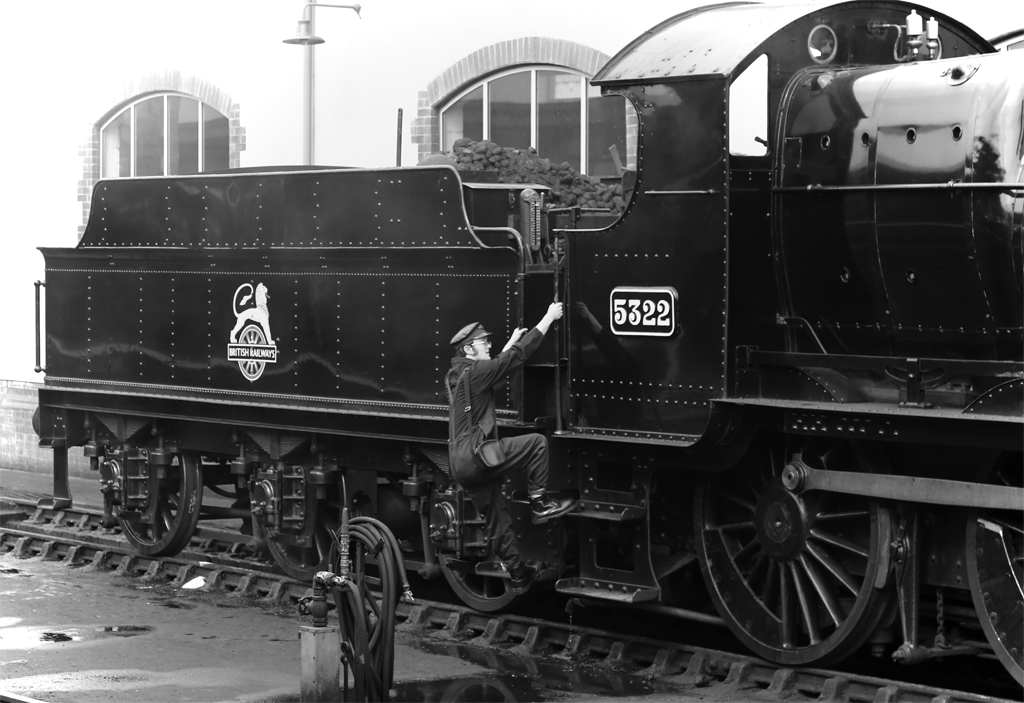 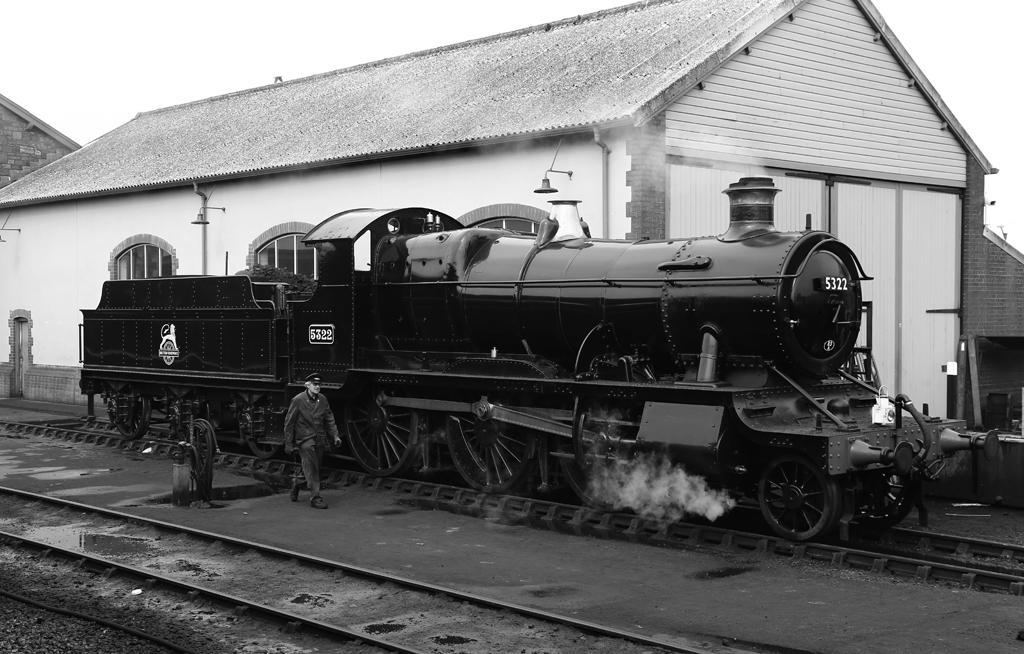 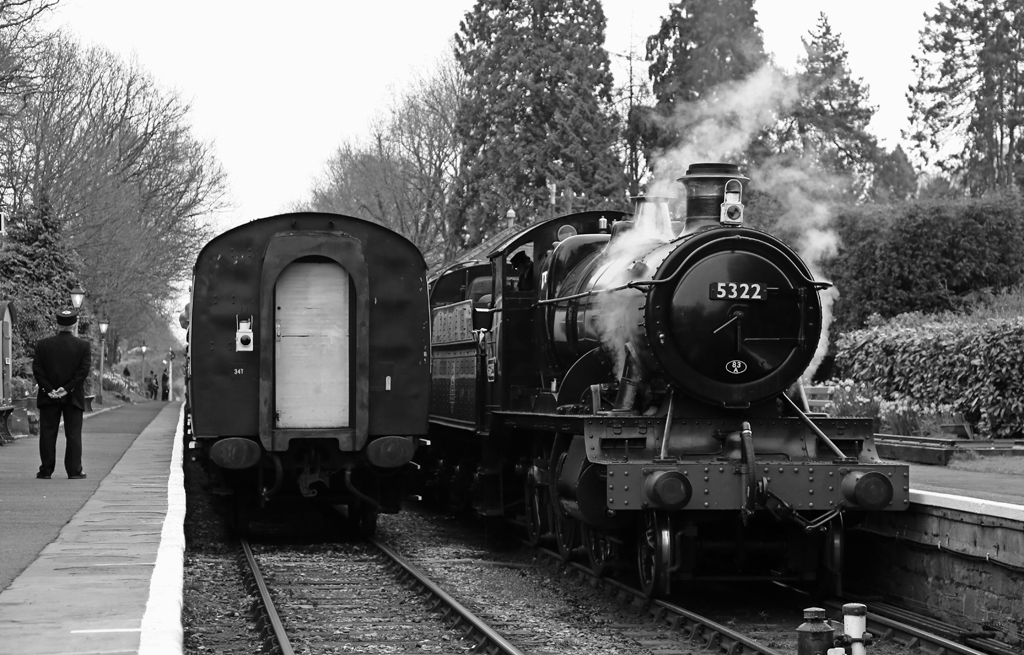