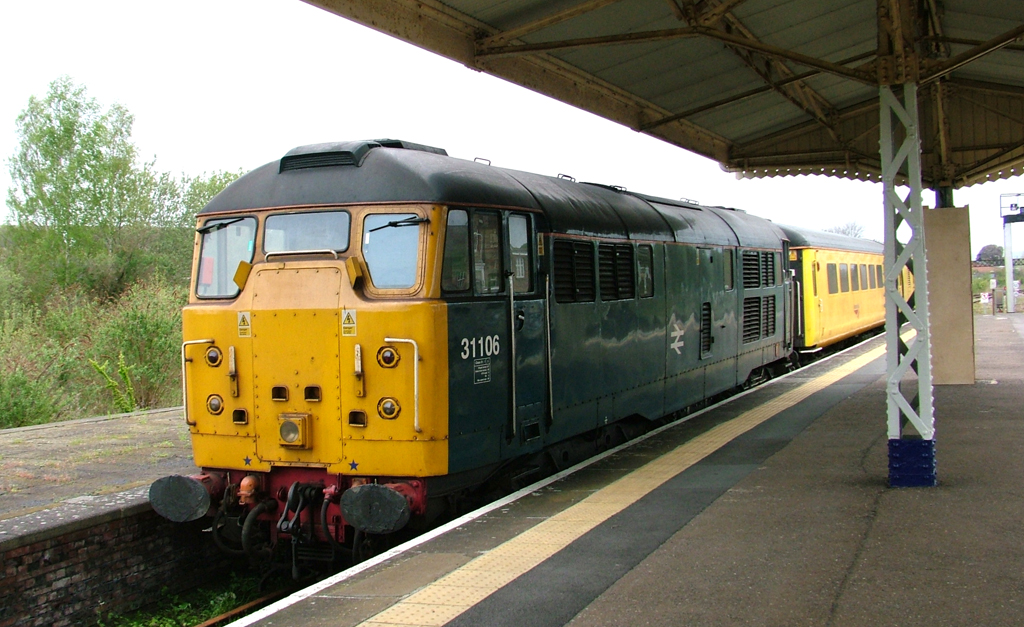 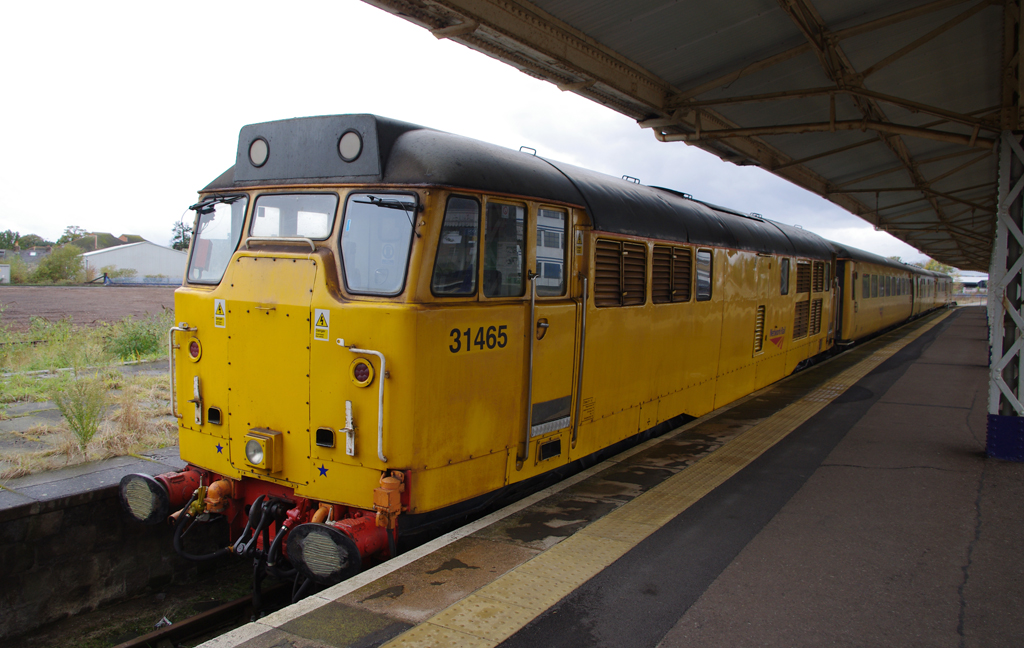 31st October 2012, a Network Rail test train spent some time stabled at Taunton NR Class 31 No. 31465 arrived in the early hours of the 31st from Didcot before working the 3Q63 11:21 Taunton to Taunton via Exeter Fuel Point to refuel the locomotive. Later in the evening it then worked the 3Q63 19:32 Taunton back to Didcot Yard. The Class 31 is seen on the north end of the set at Taunton on the 31st October. (Photo: Wayne Potter) 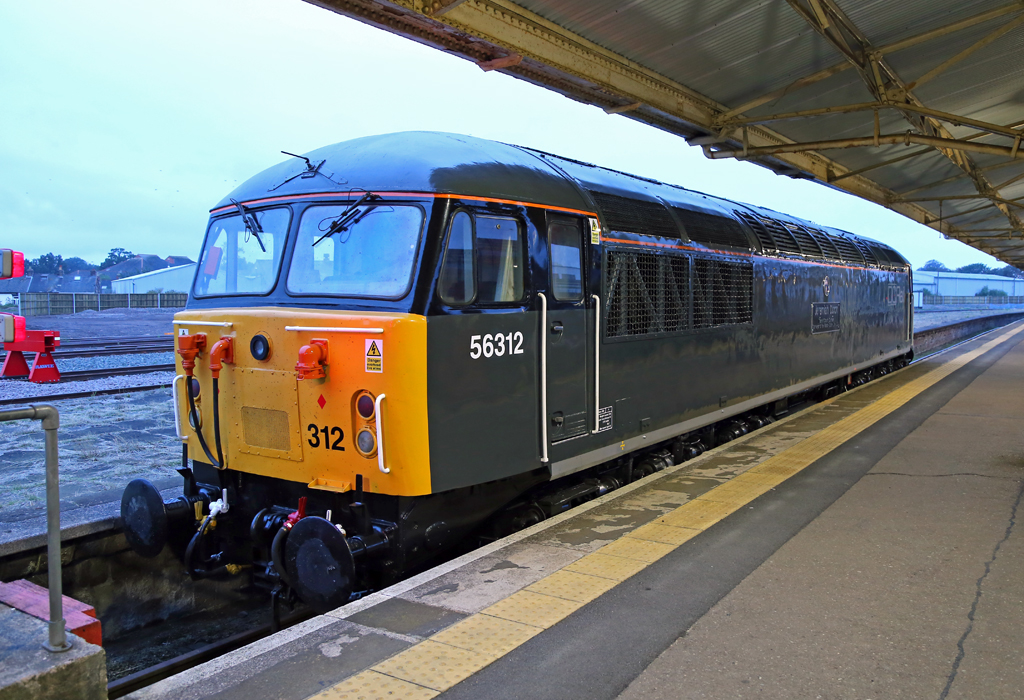 The 19th, 20th, 21st September saw 'Jeremiah Dixon' visit Taunton. I'm sure many will of never heard of the person, but the locomotive to which these nameplates are attached also holds an interesting history! The former BR Type 5 No.56312 has recently been repainted into the new DC Rail livery of all over grey, and named by British American Railways (BARS) with the name 'Jeremiah Dixon, Son of County Durham, Surveyor of the Mason - Dixon Line USA' . The Class 56 arrived to stabled in Platform 1 at Taunton for the weekend late on the 21st September having hauled several wagons from Long Marston to Totton (Southampton). It's thought this is the first Class 56 to have ever stabled in Platform 1 at Taunton (Photos: Brian Garrett)